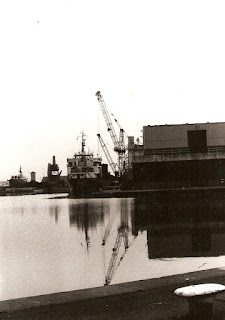 Look for a place called 'Boothferry' on the map of England and you'd struggle. But just head north of the town of Goole and by the River Ouse there's Booth Farm in what was an old settlement called Booth - the name deriving from the Viking for summer pasture - and on the other bank Ferry Lane. This, as you'll guess, marks the site of an old ferry crossing, still in use until replaced by the swing-span bridge in July 1929.

The name Boothferry briefly appeared on the political map between 1974 and 1996 when it was adopted as the name of the district council at the western end of the Humber and centred on the port of Goole. I had the pleasure of working for the Boothferry Borough Council from 1984 until its demise twelve years later, the result of a local government shake-up to rid the area of the much-maligned Humberside County Council.

Over on my Random Radio Jottings blog you can listen to a Radio 4 programme about Goole.

The borough of Boothferry was created from bits of Yorkshire and Lincolnshire in 1974, an unhappy marriage from the start. The Wesleyean town of Epworth down in 'the Isle' felt a world away from the market and minster town of Howden. 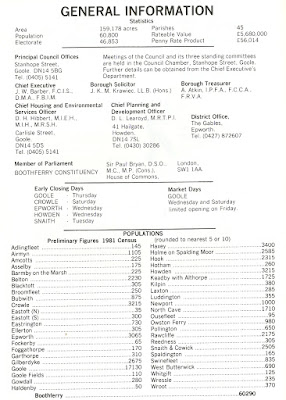 When I joined the Council they still had offices scattered across Goole - the HQ in Stanhope Street, Housing in Carlisle Street, Planning at 149 Boothferry Road as well as the deport, market and the Baths Hall - plus a bit more of Planning in Howden and then The Gables in Epworth. Plus there were the two leisure centres and the Golf Club at Spaldington. Actually not bad for a small Council. By about 1990/1 most of the office functions were accommodated at the extended Church Street complex, complete with that specially woven carpet incorporating the BBC logo, how the locals loved that! 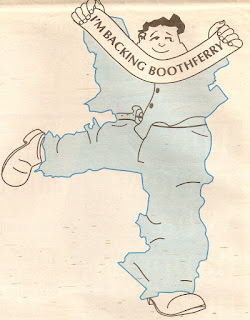 By 1994 the writing was on the cards for Humberside but the Local Government Commission couldn't decide what to do with Boothferry. Was it a merger with Selby or with Doncaster? Should it become part of some North Yorkshire super council or be swallowed up by East Yorkshire or North Lincolnshire? At one point the Council itself held the forelorn hope of becoming a new unitary authority: "I'm Backing Boothferry" exclaimed the slogan, with a character in the shape of the council area. 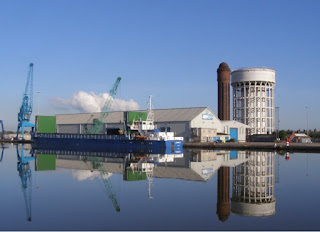 At the time of these July 1995 news reports on YTV's Calendar and BBC1's Look North the link with Doncaster MBC seemed to be on the cards.

In the end Boothfery was split in two: Goole and the north went to the East Riding of Yorkshire Council - as did I as by then I was living in Beverley - and the Isle went to North Lincolnshire Council. Boothferry Borough disappeared into the mists of the Marshlands exactly 20 years ago on 31 March 1996.
Posted by Andy Walmsley at 8:20 AM

Andy Walmsley
Hailing originally from Hull and spending most of my life in East Yorkshire I'm now resident in France. For over 30 years I've been interested in radio, tv and film and have an archive of off-air recordings and radio-related material. I'm not the Andy Walmsley that designs sets or produces tv programmes. Professionally I worked in Local Government. My wife Val works for Beaux Villages Immobilier.